Zanzibar is an archipelago made up of Zanzibar and Pemba Islands, and several islets. It is located in the Indian Ocean, about 25 miles from the Tanzanian coast, and 6° south of the equator. Zanzibar Island (known locally as Unguja, but as Zanzibar internationally) is 60 miles long and 20 miles wide, occupying a total area of approximately 650 square miles. It is characterised by beautiful sandy beaches with fringing coral reefs, and the magic of historic Stone Town – said to be the only functioning ancient town in East Africa. 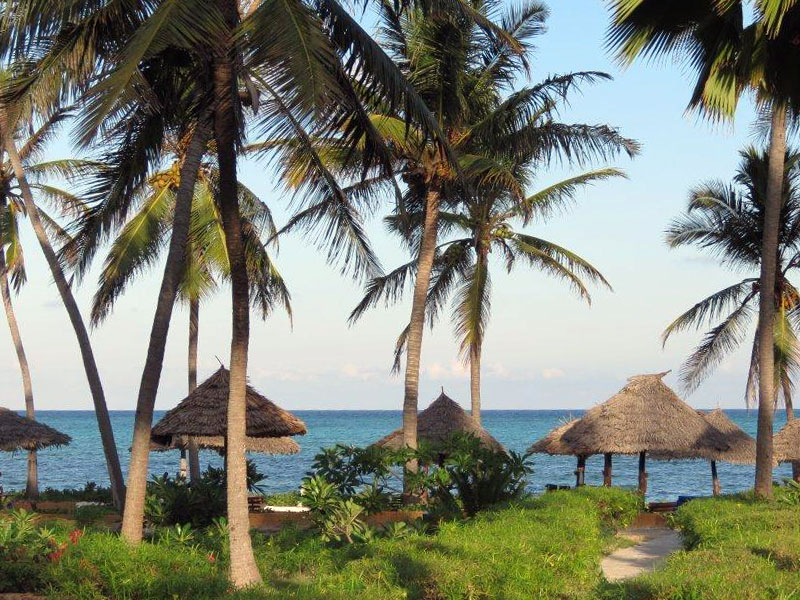 Zanzibar’s local people are an incredible mixture of ethnic backgrounds, indicative of her colourful history. Islam is the dominant religion, and practiced by most Zanzibaris, although there are also followers of Christianity and Hinduism. Population is estimated at 800,000, with the largest concentration being Zanzibar City which has approximately 100,000 inhabitants. Zanzibaris speak Swahili (known locally as Kiswahili), a language which is spoken extensively in East Africa. Many believe that the purest form is spoken in Zanzibar as it is the birth place of the language.

Zanzibar has numerous attractions, from the white sandy beaches, the clove plantations, the slave market, the colourfully dressed inhabitants, the beautiful hotels and the enchanting culture.

Let Sandrage Safaris arrange for you a relaxing beach holiday in Zanzibar!
Tweet

Thank you all so very much for providing us with our lifetime trip to Kenya. This was truly an experience we will never forget. Thanks again for an amazing and totally unforgettable experience...

From the planning of our journey until the moment of our departure, George from Sandrage Safaris has made our safari an incredible experience. The whole trip was extremely well organized. George knows exactly where to go, in which accomodation to stay, and for how long...

I highly recommend booking your Kenya safari with Sandrage Safaris. Our trip couldn’t have been organized better! George tailored our trip exactly to our wishes and our budget. He has been working in Kenyan tourism for more than 15 years and that really shows.

George without doubt made our holiday a dream come true and left each of us with a desire to return next year. In my opinion Sandrage Safaris should adopt the tagline “Hakuna Matata” because to them nothing was a problem, no request was to big for them to deliver on...